The Committee is made up of about twelve individuals who are committed to ensuring the smooth running of the club and to provide members with every opportunity possible. We aim to encourage, motivate and support every single individual to reach their full potential.

A committee meeting is held on the first Wednesday of each month where members will discuss the Club’s finances, the current memberships, any forthcoming events which we need to organise or any issues affecting the club where the committee needs to discuss and take action.

Minutes are produced and circulated.

I am very proud to be Chairman of Witney Roadrunners. I am in my 30th year with the club and held the post of Chairman on 2 previous occasions.  I still get a buzz from racing and competing but also really enjoy the social side as well. I am at the Club most Thursdays and am always up for a chat about all things running.
John encourages and encapsulates all that is great about Witney Roadrunners.
He has competed in many races and club events over the years, including the London Marathon (3.24.23) and Snowdon marathon (3.35.00) on numerous occasions. His Christmas Light runs, dressed as Santa and his alternative awards at the annual Christmas Dinner/Awards evening are legendary 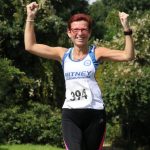 I have been a member of Witney Roadrunners for over 30 years. I have been on the Committee before and filled all roles including Chairman, Treasurer and Secretary over several years. I became Secretary of the club again in March 2013 after a short break. I am responsible for the Club kit, I am on the Social Sub-Committee and the Witney 10 Sub-Committee, where I am responsible for recruiting the marshals. I organise a group of 30+ marshals for the London Marathon each April, where we marshal at the Tower, a fantastic experience that we have carried out for over 20 years. Over the years I have competed in over 18 marathons, my favourite being the Snowdon Marathon, which is held at the end of October each year.

I am also Secretary of the Oxfordshire Athletics Association; I have been in post for over 15 years. 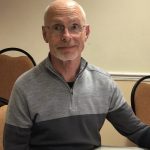 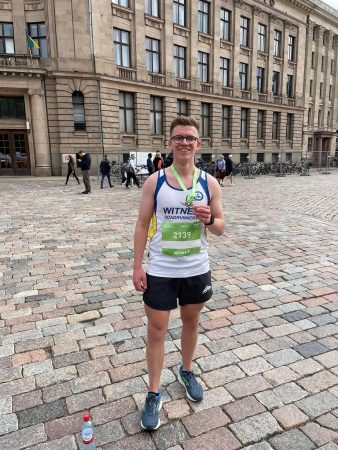 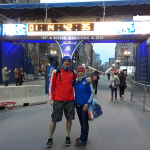 I am responsible for updating the website with results, routes and other information. If there is anything you’d like to see on or added to the website please let me know.

I joined Witney Roadrunners way back in May 1986 as I was training for my first 10K which was the sports aid run the world event in Hyde Park.

Since then I have run many races around Oxfordshire and further afield, making lots of good friends and meeting lots of great runners in the process.

Lucy has always been a keen runner and running with WRR means she can socialise and do her hobby at the same time. She particularly appreciates the Tuesday evening effort sessions which are hard, but much harder without the comradeship of fellow runners. Lucy says she is delighted to have the honour of being Ladies’ Captain and their race organiser. 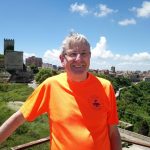 I have been running for about 40 years.  I still enjoy it very much but am a lot slower than I was.  I have been a member of the club since I retired in 2014 and joined the committee in 2015.  My responsibility is to get the club results into the local paper and liaising with the press to publish club activities.

I have made many friends at the club since joining and I enjoy their social events.  I find participating in the club’s league really encourages my running and performance.  Most Thursday evenings you will find me at the club ready to run. 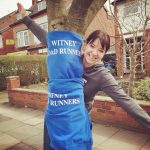 Regina has run since her school days, escaping Girls’ Rugby to head off for a solo run instead.  Joined WRR in 2012 in a bid to improve times and get to know more people in Witney.  It’s a fantastic club to tick both those goals off with, and I’ve met some fabulous people who are great friends (even if they persuade me to do crazy things like Snowdon Marathon!).

It didn’t take me too long after joining to get involved, so I look after the Social Media side  for the club (e.g. WRR Facebook Public Page, and WRR Members’ private group) and help with the marketing side for the Cotswold Classic race as well.  In addition, make sure we protect members’ personal data and use it appropriately. 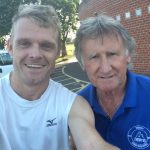 I became a member of Witney Roadrunners in the summer of 1987 and have enjoyed racing over many different distances in good company. I started working with our Juniors in 1991 along with a good friend Charlie Batts who himself is an accomplished athlete. With the juniors competing in 2 track and field leagues, cross country and sports hall, there is always something for me to look forward to. WRR is a big part of my life as well as for my Family as we have all made many friends through this sport. smileymatwrr@btopenworld.com or 01993 771886

If you have any issues regarding your membership of the club, and that includes any personal issues of any kind, please talk to me in the first instance. I will do my utmost to help you resolve the issue confidentially, quickly and amicably, and if I can’t, I will take advice on how to proceed. 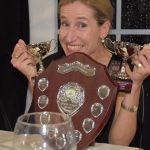 I have been running now for 10 years and joined WRR back in November 2017 after getting bored running through the streets and fields around Witney on my own.

Since joining, I have made new friends and competed in many club races over the years. The WRR family has been a great support and keeps me motivated. Now I regularly run half marathons and compete in triathlons which I never thought I could do before. 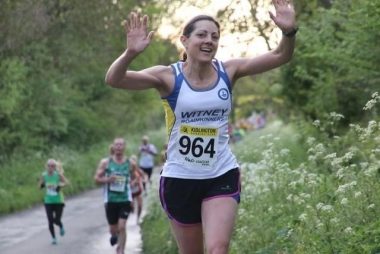 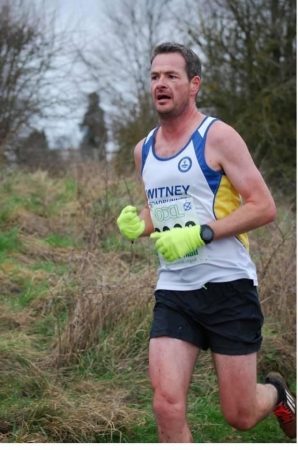